Oh Clarence, is this really goodbye?

- June 30, 2018
The most enjoyable steak I ever had was 10 years ago at a C grade restaurant (Country Comfort Motor Inn) in Coffs Harbour. The Scotch Fillet itself was surprisingly good, but what made it so savoured was what had happened in the two hours preceding.

It was the first time we had towed our old caravan north. And in those days it was the trusty GQ Patrol so it was real towing; not the namby pamby stuff I do these days. Having made it to Port Macquarie we decided to push on to Coffs to make the next day's travel to Brunswick Heads a bit easier. It wasn't a great decision. It drizzled making the visibility in the dark pretty bad. And the Pacific Highway was a disgraceful approximation to a national highway with pot holes, undulating surfaces and rough shoulders. On one memorable stretch I ended up off the side of the road to save the life of a fool who overtook us into the path of an on coming truck. My heart didn't slow down from then until we turned off the engine in Coffs Harbour. I can still taste that steak and the cold ale that went with it. Ever since that night, Coffs has always represented the point at which the hard work of the drive north was over.

The drama is no more. As of this year the double lanes are now complete from (the Geelong bypass via) Port Macquarie all the way the Woolgoola, just shy of Grafton. The treachery of the Port Macquarie - Coffs leg is a thing of the past. And so I wondered, as I cruised up the concrete highway; I wonder what happens after Grafton??

I have never in my life, until today, reacted emotionally to a road upgrade sign. But there it was: "Woolgoolga to Ballina Road Upgrade". If you've never driven north to Queensland up the coast that won't mean much to you, but if you have you will have the same reaction as me; Nooooooo! Please. Nooooo!

So you've done the hard yards. You've crawled up the Hume, navigated Sydney, and stopped at the few Service Centres on offer all the way to the Big Banana, and you're starting to feel like you're getting to the warmer, more lush hinterlands and beaches that compelled you to leave Mexico behind. But nothing prepares you for Ulmarra. Just a few minutes out of Grafton you get smacked in the senses by the majesty of the Clarence River and the iconic sugar canes both at once. And from there, the drive toward the border is like the country embracing you and kissing you on the cheek as you meander along with the river and hobby farms on your left, and the canes on the right.

The towns are jewels scattered along the river. They are slow towns, with no fast food, so when the tourists stop they are 'forced' to get a drink at historic hotels or local bakeries. But as I made the drive today the countryside was scarred by massive tracks of dirt in preparation for the bypass. Behind us, Kempsey is already gone, Macksville - gone. Fredrickton and their pies - gone. Well, not gone. Bypassed. And as much as slowing down to take in Bulahdelah et al was good, when you're on a mission to get north asap, a bypass is a wonderful thing.

The great hurdle to getting the road done was of course the rivers. And now a casualty of the tourist drive will be the charmed old northern rivers bridges. So, on my drive today I stopped and pondered (and took some photos). The drive north without these towns will not be the same, so maybe, just maybe, this is one bypass that I'll bypass.

And, can I just say, today was probably the best days driving ever ...

I woke early and got ahead of Sydney just as the sun rose. The motorway through the Karingai National Park has got to be one of the iconic Aussie drives, but when the sun is rising into a clear sky and there is fog and mist around the hills, it is gob-smackingly beautiful. It was a joy to witness. The Hawksbury and the Hunter are grand hosts.

And so I get to Coffs and the sun is warm and I've been sitting still for nearly two days so I drop into a little off-the-beaten-track beach (which happens to be where I rode my first wave on a longboard - thanks Scotty) and had a dip. The feel of not so cold salt water on my skin in the middle of winter was worth the drive. 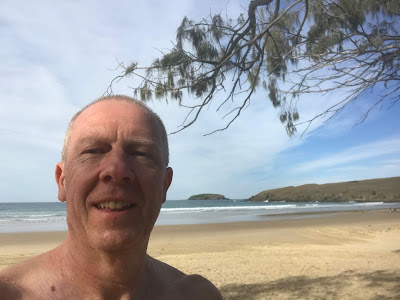 Figuring that this might be the last time I do this drive before the bypass, these for the record:

Ulmarra: you are a beauty. You and your old buildings and river front ... 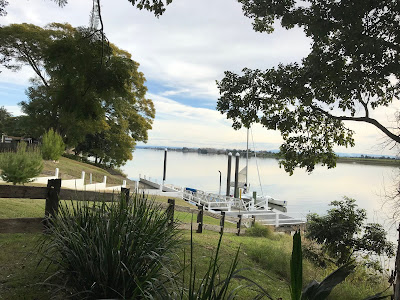 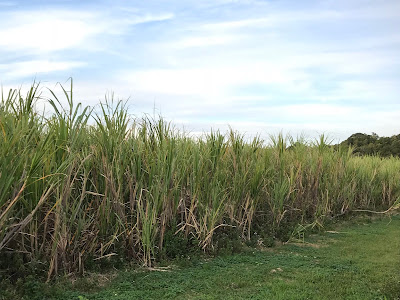 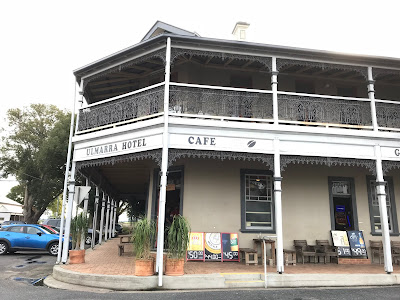 And so I drive along the road a bit wondering how easy it will be for people to swing around to Yamba ... and instead of the charm of the old bridge I am greeted by cranes and this enormous half made bridge which bullies the 'used-to-be-impressive' frame of the old bridge. Hmmm. 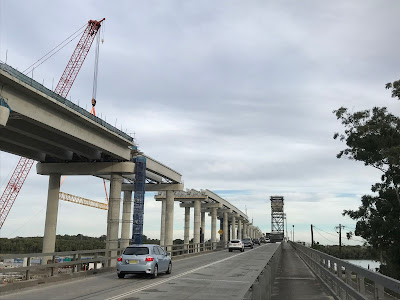 And then there's you and your charm Woodburn, with your rows of cars and caravans along the river (no today so much). 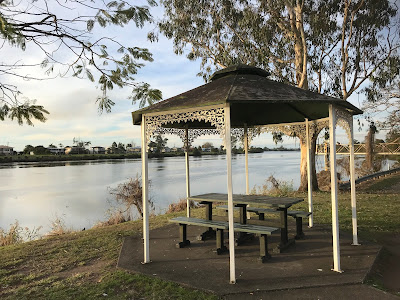 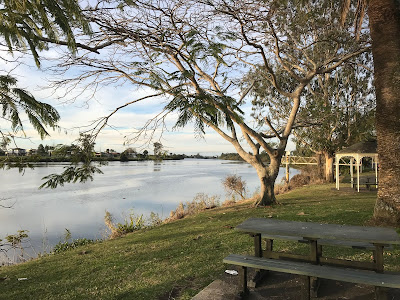 And Broadwater, you are ugly, but we need you if we are going to turn that cane into sugar!! 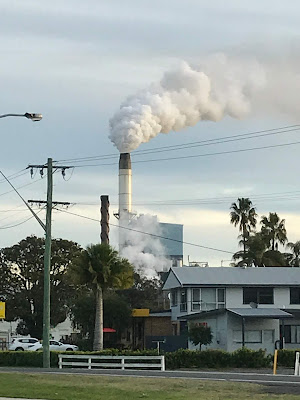 Burning season. As I drive along the river there is ash in the air ... and so I pull over to watch the flames and smoke and hear the crackle of the fire in the cane fields. This is Aus ... tralia. 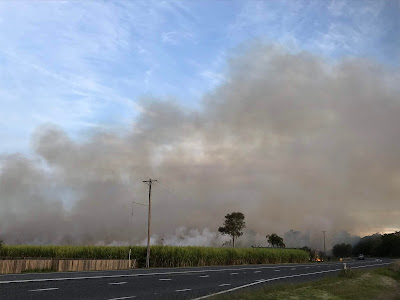 And so while the land embraced me today, my lasting image will be of the towering concrete structures of progress running counter to the meandering single lane river road. The massive swathes of dirt that are bidding progress bypass these towns. I don't know how I feel about it. 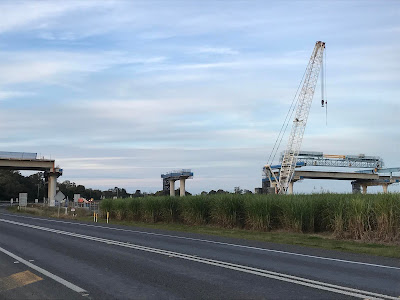 As I drove closer to New Italy my apprehension grew. The best rest stop on the east coast ... would it be saved? Would the freeway be far away. The land is cleared before and after ... I fear it will not survive ... was this my last ever rest stop at New Italy? 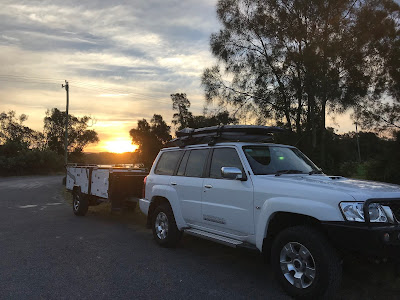