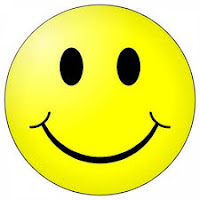 My friend (and The Age's Chief Editorial Writer) Michael Short penned some thoughts recently that I think deserve serious pondering. In reflecting on Anthony Foster's life his piece was called, "Why happiness is overrated - and why contentment is a better measure."

"An entire industry has developed around the 'science of happiness', with coaches and psychologists and facilitators and gurus guiding the guileless and the grasping. Is such an unquestioning expectation a mistake? Is happiness perhaps not as reliable as we might believe? Is happiness a slightly flimsy, shallow notion? Might it not be better to seek something a little more solid? Happiness is closely associated with satisfying desire, with attaining pleasure. A better notion, surely, is contentment, which is related to happiness, but is more about being satisfied within realistic parameters, and not being rendered miserable by unmet, unrealistic or unjustified material and self-indulgent desires."

Hmmm. It is difficult not to pursue happiness. Who doesn't want happiness, and therefore who doesn't make decisions attempting to optimise it? But the problem of course is that we are immersed in media messaging that makes false claims about cause and effect when it comes to happiness. Ever seen an advertisement with unhappy people using the product being spruiked?

And it is more than media, it has become, as Michael says earlier in his piece, axiomatic. "The underlying assumption is that happiness is a goal so unimpeachable as to be pre-eminent."

But shifting the focus from happiness to contentment raises another parallel set of questions. What does it take to be content? I have thought a bit about this before and included some comments in my personal manifesto which I wrote a little while back. Jump straight to page 39 to read the contentment bit if you are interested.

But Michael pushes it further, suggesting that some people's commitment to meaning and purpose (as in the case of Foster's) actually increases un-happiness. Very few of us get to meander through life free of deep pain, uncertainty and injustice. And for some of us it defines our lot.

I am far from having my journey defined by pain and suffering, so am hesitant to presume to appreciate the grind of those who's daily experience is tough going. But in our own struggles I am learning the discipline of contentment and think that Michael's call is a profoundly important one. Of course if we all practiced contentment rather than pursued happiness our economy might suffer a tad. And we might become better at counting the blessing we do have, rather than spending most of our energy in denial of our imperfect lives.

My dad used to (and probably still does) favour an old hymn which has a recurring refrain, "Count your blessings, name them one by one ..." A good place to start.