You won't be able to run again 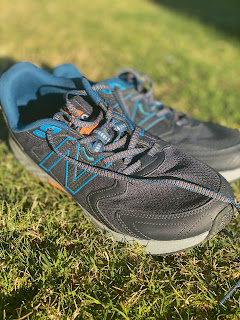 Two years ago I was carrying some groceries home from the IGA when it started to rain. I was only 500m from home so I decided to jog to try to avoid getting wet. Nice try old man! I was dismayed at how, despite other kinds of fitness, I seemed incapable of what seemed like a relatively basic task ...

When my knees started giving me grief about 20 years ago, my GP told me I was not going to be able to run (for exercise) again. I'd never been a good runner, but living close to the Merri Creek Trail meant I had easy access to a good running track. The silver lining of that prognosis was that I started swimming at the local YMCA once a week and swimming has become an important part of my life these days. And I'd given up on the idea of running. Until that day running home in the rain.

The difference was that I'd been riding a bike regularly so my leg muscles and those around my knee felt stronger. A few days later I put on my old runners and set off for a lap of the village park across the road, a modest 1.7km circuit. I struggled and bit, but it was the next day I suffered ... my left knee rendered me virtually crippled. I gave up again ... running was not for me.

But I couldn't let it go. There are some capacities that feel 'basic', things that able bodied humans should be able to do ... and one of them is jog a kilometre. We're not talking elite athlete here, we're not even talking about 'good', we're simply talking about elementary bodily functions. Our diet and lifestyle have left too many of us without foundational cardio, flexibility and strength. Anyway, I digress ...

So I was determined to increase my ability to jog / shuffle around the village park. I was encouraged by the fact that for my previous attempt I'd probably pushed it a bit hard. I regrouped. This time I decided to be smarter:

2. If I felt like my knees were giving me grief - stop.

And I got through unscathed. Woohoo.

I like variety in life. I like being able to mix in different circles of people. I like being able to call a few different places home. And I like different kinds of exercise so I was very glad to add jogging to my repertoire. Instead of pursuing ever increasing fitness and achievement in a particular kind of exercise, instead, success for me is based on breadth. I am not a cyclist, I just like to ride. I'm not a surfer or a swimmer, I just like to surf and swim. And I'm certainly not a runner, but I like the idea of being able to run. It's pure and simple.

Every week I (expect to):

3. Go for an open water swim

4. Go for a walk with Maria

6. And other days, and often more frequently, a sunrise body surf.

After a couple of months, 1 lap of the village park turned into 2 (3.5kms). I knew then that I had a 5km run in me. Now I know this is a modest goal and one that is literally a walk in the park for many. But for someone who expected never to run again, being able to log regular 5kms runs was something worth aiming for. I had and have no desire to run further than 5kms or more often than once a week. I fear I'd be courting injury, and besides, there are not enough mornings in the week!

While in Mudjimba during May and June I pushed my regular 3.5km jog (2 laps of the park) to 4kms along the beach and then on one celebratory morning I ran 2.5kms up the beach before I turned around. I now know I can complete a 5km run without doing myself harm and I'm extremely happy.

I also think a basic human (physical) able bodied capabilities include touching your toes and being able to do a handstand ...