Pollutri - now that's a cook up

- December 07, 2017
We have experienced some incredible places in Italy, but the reason we are here is Pollutri, a village a few kilometres inland from Vasto and the place where Maria's father grew up and where her two of her cousins still live. with their extended families.

Pollutri is home to Anna and Giovanni, wonderfully hospitable and gentle people who have made us feel like we belong here. A happy coincidence is our visit being at the time of the biggest village celebration of the year, the San Nicola bean festival, a key feature of which is a massive cook-up of locally grown beans which are then eaten as part of the family celebration. Maria's father was named after 'Saint Nicholas'. Having already visited the houses where he lived in the narrow roads below, it was difficult to imagine him as a boy in the medieval streets of the hilltop town centre.

Imagine rows of massive pots (the kind used in historical movies in which people where cooked alive!) full of broad beans, and the local lads stoking fires in preparation for a competition to see which pot they can get to boil first. Today we head back into town to see the beans being seasoned and eaten, although we did take a sample home to Anna's place last night to sample with home made olive oil, year old (yes) bread and a touch of salt. 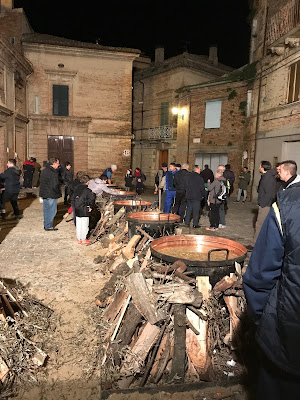 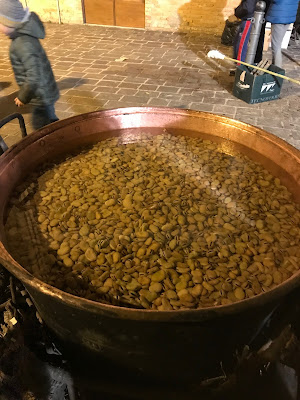 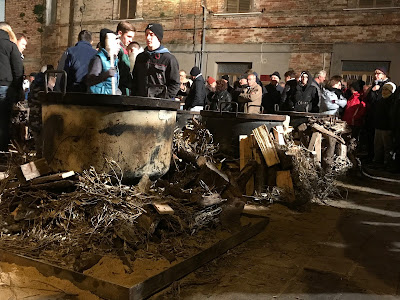 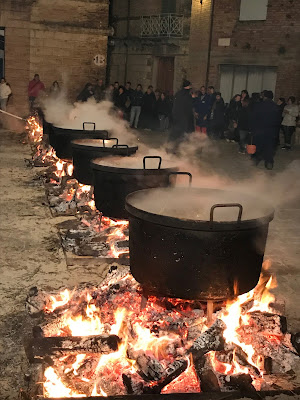 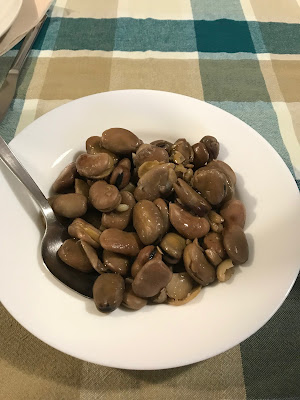