Showing posts from January, 2017
Show All

- January 28, 2017
Pinup evil leaders apparently enjoyed popular support. In hindsight we wonder how it is possible because history records the implications their policies. Their power is remembered as a bight on human history. Today I read about how millions of government dollars were spent over a six month period investigating possible conflicts of interest, even after President Jimmy Carter completely divested interests in the peanut farm where he had grown up with his family. President Trump owns circa 500 companies and now has regulatory influence over banks to which he owes 100s of millions of dollars. But apparently it's OK. Things have changed. I also happened to read, maybe like you, his 'achievements' in his first week in office. Some are celebrating that he is getting on wth the job. Some are saying we need to 'give him a go' and to 'wait and see'. I just don't get it. This is not about a decent human being wrestling with compromises in the world of politica
Post a comment
Read more 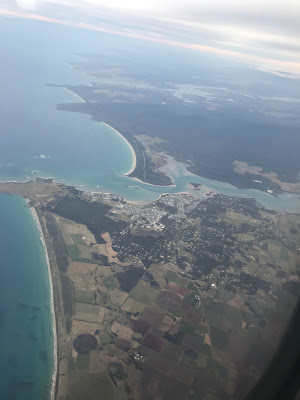 Had a fun weekend ... Maria has had some family stuff to do and we've made the most of being back in Launie. Dropped in to the Harvest Market for breakfast and enjoyed the familiar smells and ambiance. One of Maria's sisters is renovating, so we picked up crowbars and hammers to help demolish the kitchen. Living in a house reduced to concrete floors and walls and ceilings minus plaster is not for the uncommitted. Respect. I started today by doing some laps in the pool at the gorge ... swimming in the morning sun in a near empty pool in such an amazing environment is a sweet thing. My shoulder will probably need some Voltaren after a session in the cricket nets with the enthusiastic nephews this morning. I thought an ale on the back verandah and a snooze to follow might help ... tomorrow will tell. A feast of tennis ... And I head home with some new wheels. An upgraded Patrol and a Bianchi bike (thanks Gregg). Port Sorell with Bakers and Badgers Beaches ahe
Post a comment
Read more 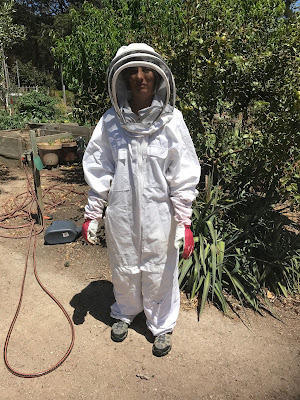 We've learned a lot about bees by volunteering to help look after the hives at the community garden. Thursday was harvesting day, so we gladly donned some suits to experience the process and score a jar of the local brew. Maria suited up to collect the frames frames scraping off the wax caps the spinner ... plenty of elbow greece needed to extract the honey straining .... next stop, breakfast bottle.
Post a comment
Read more

a day on the Bellarine Rail Trail 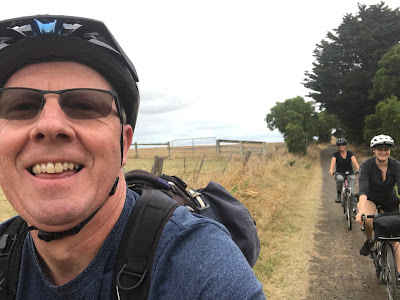 So Rachel brings her bike down and we decided to ride out to Queenscliff, have a picnic lunch and get the stream train back to Drysdale. Fun. ever tried to take a selfie while riding? sideways glance ... morning tea for tea and kiss biscuits while a shower passed look, one hand! home on the steam train executing the 'selfie on the train challenge' ... another photo with my big head in the foreground.
Post a comment
Read more
More posts